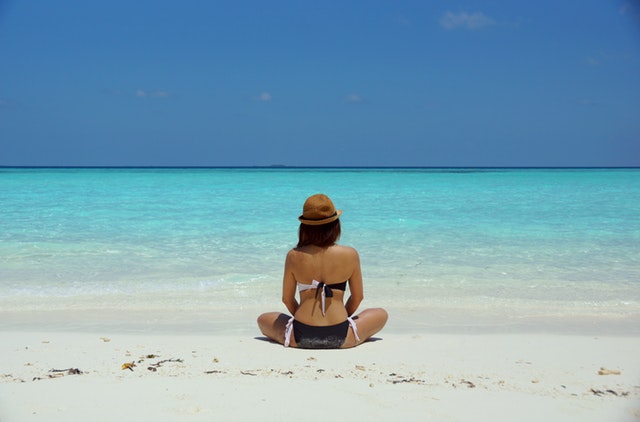 A few days ago I was walking around my neighborhood and I strolled by iTAN.  The allure was too much to resist.  I don’t have the time to go to the beach for a golden tan and I feel strongly that the vitamin D benefit of the tanning beds could be advantageous.  The picture of the healthy looking, bronzed woman in the window was also a good incentive to walk inside and check it out.

I wanted to make sure they had the type of tanning beds that Dr. Mercola promotes on his website. I am, after all, a Certified Natural Health Professional. Dr. Mercola is a health Guru I have followed for years and trust most of the time. The beds with magnetic ballast are the ones that supposedly are the safest and promote vitamin D production without harmful electromagnetic waves.  The young girl at iTAN assured me that they did indeed have this safe type of tanning bed, and it was available for me to step right into.

After talking about costs and deciding my strategy…which turned out to be the one time shot rather than the package of tans, I handed over my credit card and filled out my forms.  I was going to have a California tan in 12 minutes.  I am exaggerating since they suggested that if my goal were the real deal tan I would need a package.  I declined the offer and went for a one-time tan.  Really, I just wanted some increased vitamin D production and a little color in my cheeks.  I ended up with color in my cheeks, but not the right color, or the right set of cheeks.

I was put in a room with a tanning bed that looked like a giant pod with a panel of flashing buttons. I was given goggles and a small towel.  I wear glasses that must be removed before putting on the little goggles with the pinpoint hole in the middle, and without my glasses I cannot see much.  This was a dilemma, but I figured I would know what button to push.  How hard could it be?

I reclined and began pushing buttons and I finally hit the ‘on’ button.  I was listening to music I would never listen to at home but did not remember which button activated it, and was not chancing any more random buttons now that I had activated the rays.  I closed my eyes and tried to pretend I was at the beach but the music made that difficult.  I was programmed for 12 minutes. The young woman at the desk assured me that this was a safe amount of time.  In fact, I was assured twice after my final words to her were “this is not going to fry me is it?”

About 8 minutes into the experiment I got out of the pod to look in the mirror because my face felt so hot.  I still looked O.K. so I endured the last 4 minutes.  When I exited the pod after it shut off automatically, I had a very profound feeling of discomfort on my backside.  I looked in the mirror and saw that I was bright red from my shoulder blades to my derriere and it was starting to really burn.  I hastily put my clothes back on and went out to the desk and told the girl that I was indeed fried. She gave me one of those “you are over reacting” stares while in my mind I am envisioning agonizing blisters and peeling skin.  Here I am this middle-aged woman making a scene and all she wanted was for me to go home.  The advice she offered was to go home and ice myself to stop the pain.  She suggested I call back later in the night if I was still burning. “And then what?”  I responded.  She just shrugged and smiled.

I live about a mile from the tanning salon.  I made it home in record time and it was a most uncomfortable walk because with each step my clothing rubbed my painful sunburned skin.  The worst-case scenario clouded my mind and the humiliation of it all was no comfort.  I entered my apartment and went immediately to the freezer and grabbed a bag of ice.  I filled the tub with about 2 inches of cold water and threw in the ice as I reclined until all the ice was melted.  The frigid water was soothing to the sting of my folly.  The next thing I did was to put liquid Silica on my burnt skin.  This stopped the sting in a few minutes.  I continued to apply the Silica a few more times over the next couple of hours.  Sitting was a bit uncomfortable and I made it through the night without losing sleep. The next morning the redness was almost gone and the sting was completely gone and I had no blisters or peeling skin.

I learned a couple of valuable things from this experience.  I learned that you are supposed to close the pod lid and I didn’t, so only my backside burned.  I learned that one should research things that have potential to harm and I learned to respect the powers of Silica and ice as a sunburn remedy.