We have come a long way in understanding how the body functions in health and disease. This has resulted in the development of more sophisticated testing and the engineering of many potent drugs. Modern medicine can scan the human body down to a cellular level, but for all this progress we still have not solved the problem of disease in our world. We are adept at naming diseases but are failing miserably to identify the cause or causes and thereby preventing them from ever happening.

Currently, nutritional supplement manufacturers are stuck in a situation not unlike what Galileo found himself in with the Roman Catholic Church when he concluded that the earth was not the center of the universe. At the time there was a strong vested interest in keeping the status quo by the group in power-the Catholic Church. The church officials felt such a radical change in thinking would in some way diminish the power they held over the populace at large. While correct, Galileo was forced to recant his theory and imprisoned.

Today in medicine, we see a similar scenario. This time the adversaries to enlightened thinking are the triad of the American Medical Association, the Pharmaceutical Industry, and the FDA, all working together to maintain a power and income monopoly at the expense of the American public. For the last 100+ years, the pharmaceutical, chemical, and medical institutions of this country have developed and refined a model of health and the treatment of disease based primarily on the work and experimentation of Dr. Louis Pasteur and his “Germ Theory of Disease”. The foundation of Dr. Pasteur’s theory of disease is focused on microorganisms as the sole cause of all disease. These microorganisms include bacteria, viruses, fungi, yeasts, and protozoa. Today the income and power controlled by these 3 organizations would be severely diminished if this theoretical basis of disease were challenged.

When Pasteur first proposed his theory, as is the case with most new theories, it generated much controversy. Specifically, the germ theory contradicted the spontaneous generation theory. However, his germ theory did prevail and has subsequently evolved into the cornerstone of modern medical thought and practice. From this theory came the development and use of antibiotics and vaccines, as well as a cornucopia of other drugs designed to mask symptoms or block normal bodily functions, all of which are over used and abused in this country. Today, the use and misuse of these drugs kill over 300,000 Americans annually, all in the name of curing a disease.

I would like to present an alternative view to the germ theory from a broad nutritional perspective. The objective is to stimulate thought and arrive at an understanding of what actually controls and maintains one’s state of health and fosters the lack of dis-ease in the body.

THE EVOLUTION OF THOUGHT ON HOW ILLNESS IS MANIFESTED

Since the dawn of mankind, we as an evolving species, periodically capable of rational thought, have worked through several theories on the cause of disease.

One of the first concepts to be proposed was “the wrath of god or the gods” theory. This existed much earlier than the development of religion and the concept of a supreme being. In this theory one became diseased or ill because they had displeased the god or gods in power at the time. Because it was believed the gods controlled every aspect of life it was only logical that health would fall under their control as well. Many ill people spent countless hours, days, and months trying to figure out what they may have done and which god they displeased so they could make amends. This thought process evolved into the concept of evil spirits (the opposite of the gods) as being the carrier or cause of all sorts of diseases. Evil spirits as a cause of disease is still an active concept in many primitive societies around the globe as is the wrath of god concept in some evangelical circles. As I recall, the late Reverend Jerry Falwell referenced the wrath of god as the cause of some of our country’s recent geopolitical problems. This doesn’t say much for our current state of development and enlightenment.

Karma is another theory that is still proposed in some societies. With this theory, one’s state of health and well being, and level of success in life are all pre-ordained by what one did in their prior life or lives. If one was responsible for the illness of others in this life or a prior life, or needed the life experience of disease they would experience disease in their current lifetime. While most have discounted this theory, there are many people who embrace it as a cause of most if not all disease states. Interestingly, another concept of karma is that “You reap what you sow” or that it is the law of “cause and effect”. Perhaps a karmic view of health does not need to carry over from one’s past life but that one will reap what one sow’s in this lifetime. If you abuse your body intentionally or unknowingly, you will create the “karmic” negative affect. Disease can most certainly be shown to be the result of such abuses. It is absolutely imperative of each one of us to become informed and aware of what is and isn’t bodily abuse. Some abuses are evident while others are not. Such abuses can be physical, emotional or dietary. This review will focus on the dietary aspects of abuse. (en.wikipedia.org/wiki/Karma)
​​​​​​​

Spontaneous generation is a disease theory espoused for at least 2000 years that was finally disproved at the turn of the 20th century with the postulation of the germ theory of disease by Dr. Louis Pasteur. In spontaneous generation, disease-causing organisms spontaneously appeared in certain areas.(en.wikipedia.org/wiki/ spontaneous_generation). These areas could be remote or urban. The originating circumstances were usually environmental rather than biological. An example was the theory of the origin of malaria and yellow fever. These diseases were originally thought to spontaneously generate from swampy areas as those living near still water in warm humid climates were much more inclined to contact the disease than those living in dryer and cooler areas. All a person had to do was breath in the air in these areas and they would become ill. It was not until the persistent research of Dr. Walter Reed at the beginning of the 1900’s that the cause of yellow fever was isolated to a protozoa carried by the mosquito. In effect, the disease-causing organism was painlessly injected into our bloodstream by the ubiquitous mosquito (en.wikipedia.org/wiki/Walter Reed). This discovery supported Louis Pasteur’s germ theory of disease and yet science has not been successful in creating any kind of cure for this debilitating disease. There is a vaccine for yellow fever but still none for malaria. Of those who contact yellow fever approximately 10% die. Why doesn’t everyone?

An interesting development has been receiving attention lately regarding malaria. It seems as though a mining engineer has discovered a simple cure for malaria. The compound used is chlorine dioxide, a simple molecule of chloride and oxygen. A weaker solution is sold today as a water oxygenator. According to discoverer Jim Humble, when taken correctly, chlorine dioxide appears to be almost 100% successful at curing this devastating disease. (Breakthrough, The Miracle Mineral Supplement of the 21st. Century, by Jim Humble, 2006). This discovery supports the organism terrain and nutrition theory to be discussed later wherein if the body is replete in the necessary minerals, it can effectively control any invading pathogen.
​​​​​​​ 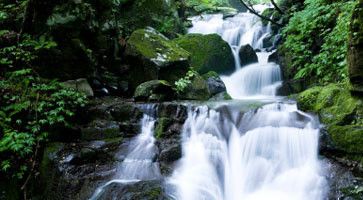 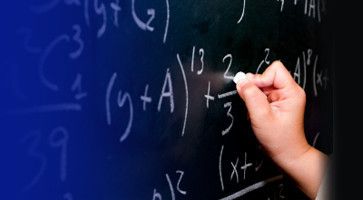 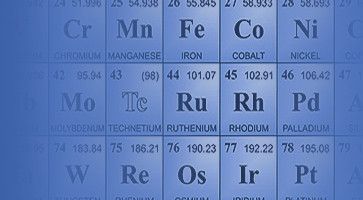