Why You Need to Avoid GMO Foods 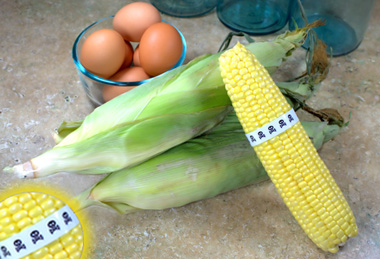 Genetically modified organisms (GMOs) are made by forcing genes from a different species into the genetic structure or DNA of a food crop or animal in order to introduce a new trait.  The genetic material may come from bacteria, viruses, animals or humans. To this date there have been no long term animal studies and we may well reap more disastrous effects in the decades to come.

We have been ingesting GMO ingredients since 1996 in prepared foods.  A former attorney for Monsanto, in 1992, was instrumental in creating the propaganda policy that stated that there is no information showing GMO foods were different from conventionally grown foods.  This former Monsanto lap dog had by this time secured a position as an FDA official. Yet, FDA scientists had repeatedly warned that GMO foods can create unpredictable, hard to detect side effects.  They urged long-term safety studies, but were ignored. Today, the same biotech companies who have been found guilty of hiding toxic effects of their chemical products are in charge of determining if GM foods are safe. Anything here sound suspicious to you?

There have been studies that validate the life altering effects of GMO’s on animals as well as on crops.  The American Academy of Environmental Medicine (AAEM) states “Several animal studies indicate serious health risks associated with GM food.” These  physical problems range from infertility accelerated aging, immune disruptions, faulty insulin regulation, and gastrointestinal upsets and allergies. Once a modified gene is in your cellular structure it is there for life.  Animal studies show thatDNA in food can travel into organs throughout the body, even into the fetus. A modified gene in a plant can delete or turn off a natural gene and you are left with genetic mutation that changes the original behavior.  A well defined term for this is “Frankenfood.”

As citizens we must act to stop this madness! We can achieve this by protesting to our political representatives and by being aware of what we put in our grocery cart that ends up in our body, and where we eat when we dine out.  We must stop purchasing anything that has ties with Monsanto whether it is a food product or a chemical that goes on plants or weeds. We cannot expect to feed poison to our body without negative effects nor can we put poison in our soil and expect that there will be no consequences.

The safest way to know you are not eating intentionally genetically modified food is to buy organic and look for the Non-GMO verified seal. Organic products cannot include GMO ingredients and be certified organic. There are non-GMO shopping guides on the internet to help you know what to avoid and the list is fairly long. In the meantime stay away from the worst offenders…soy, corn, sugar beets, Hawaiian papaya, and eat nothing with canola oil.

The American Academy Of Environmental Medicine Calls For

The AAEM’s position paper on Genetically Modified foods can be found at http:aaemonline.org/gmopost.html.

AAEM is an international association of physicians and other professionals dedicated to addressing the clinical aspects of environmental health. More information is available at www.aaemonline.org.

About AAEM The American Academy of Environmental Medicine was founded in 1965, and is an international association of physicians and other professionals interested in the clinical aspects of humans and their environment. The Academy is interested in expanding the knowledge of interactions between human individuals and their environment, as these may be demonstrated to be reflected in their total health. The AAEM provides research and education in the recognition, treatment and prevention of illnesses induced by exposures to biological and chemical agents encountered in air, food and water.