Monsanto Roundup is in the Rain 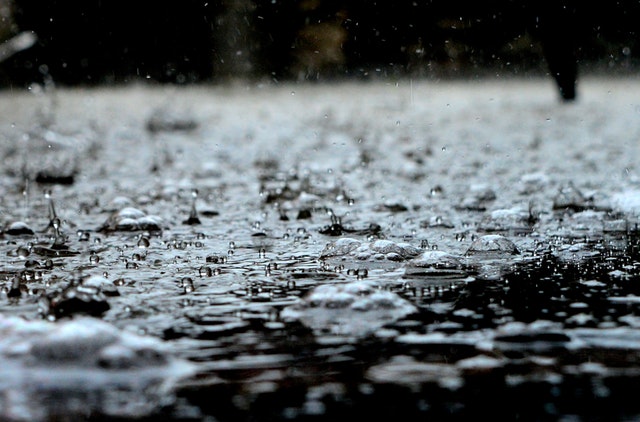 When I see an article like the one below to me it reads like a script from a Conspiracy Theory movie. The egregious conduct of Monsanto and all involved with furthering the greed motivated poisoning and take over of our food supply boggles the mind.

I saw the evil potential of Monsanto decades ago and was a one woman campaign against Roundup. I was actually accused of over reacting. It just makes no sense and yet folks would rather have a lawn that looks picture perfect sans weeds and continue to pour poison into the earth – the same earth that sustains human life. Have we become so mesmerized by advertising that we have lost our ability to think for ourselves?

It is time to wake up before it is too late. We have the power to change things but it will not be easy or without sacrifice of our time money and energy. We have a choice to make and as we can see there are many of us out there who are choosing to question the status quo. Hang on to your seats because it has only just begun!

Nutrition Business Journal
Oct. 19, 2011 4:05pm
A technical announcement from the U.S. Geological Survey (USGS) released August 29 of this year reports that “glyphosate,” also known by its trade name “Roundup,” is commonly found in rain and rivers in agricultural areas in the Mississippi River watershed, the area of greatest use for the herbicide as a weed-controller on GM corn, soybeans and cotton.
“Though glyphosate is the mostly widely used herbicide in the world, we know very little about its long-term effects to the environment,” says Paul Capel, USGS chemist and author on the study. “This study is one of the first to document the consistent occurrence of this chemical in streams, rain and air throughout the growing season.” According to the announcement, glyphosate use has increased from less than 11,000 tons in 1992 to more than 88,000 tons in
There is no way for independent scientists to verify, repeat or contradict research. To purchase GM seeds, the buyer—whether a farmer or scientist—must sign an agreement that limits usage and precludes independent research.
For example, the 2010 Technology Stewardship Agreement from Monsanto includes the following language: “Grower may not conduct research on Grower’s crop produced from Seed other than to make agronomic comparisons and conduct yield testing for Grower’s own use.” Similar agreements exist with Pioneer and Syngenta, and speak to the levels of protection now in place to protect valuable GM patents. Elson Shields, PhD, an entomologist at Cornell University representing 24 other scientists (who all wish to remain anonymous for fear of reprisal) has submitted a formal opposition to this practice with the Environmental Protection Agency.

Even with these tight controls on research, interested parties find ways to break through. Greenpeace sued for access to raw data from early Monsanto studies, the same studies presented by the company to FDA for market approval. Upon further review by CRIIGEN, the Committee for Research & Independent Information on Genetic Engineering, the data raised new questions about the capacity of GM maize varieties (seeds MON 863, MON 810 and NK603) to induce a state of liver and kidney toxicity.

The French High Biotech Council and standards bodies across the globe would go on to review CRIIGEN’s work and affirm the safety of the seeds, finding the adverse events of statistical, but not biological, relevance. In January of this year, Professor Gilles-Eric Séralini, president of the scientific council at CRIIGEN and molecular biologist at the University of Caen, won a defamation suit in the Paris courts against the French Association of Plant Biotechnologies over remarks surrounding this same research.