Fluoridation is no Longer Effective 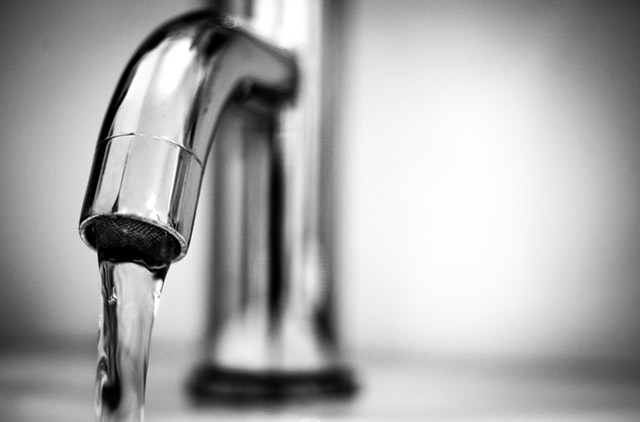 Statement by Dr. Hardy Limeback
This statement was sent to the UK’s South Central Strategic Health Authority (SHA) who will decide whether to fluoridate the Southampton area later this month (26 February).

I am the Head of Preventive Dentistry at the University of Toronto in Toronto Canada, a professor with a PhD in Biochemistry and a practicing dentist who has done years of funded research in tooth formation, bone and fluoride. I was one of the 12 scientists who served on the National Academy of Sciences panel that issued the 2006 report, “Fluoride in Drinking Water: A Scientific Review of the EPA’s Standards.

I would like to outline my arguments that fluoridation is an ineffective and harmful public health policy.

1. Fluoridation is no longer effective.

Fluoride in water has the effect of delaying tooth eruption and, therefore, simply delays dental decay (Komarek et al, 2005, Biostatistics 6:145-55). The studies that water fluoridation work are over 25 years old and were carried out before the widespread use of fluoridated toothpaste. There are numerous modern studies to show that there no longer is a difference in dental decay rates between fluoridated and non-fluoridated areas, the most recent one in Australia (Armfield & Spencer, 2004 Community Dental Oral Epidemiology. 32:283-96). Recent water fluoridation cessation studies show that dental fluorosis (a mottling of the enamel caused by fluoride) declines but there is no corresponding increase in dental decay (e.g. Maupome et al 2001, Community Dental Oral Epidemiology 29: 37-47).

Public health services will claim there is still a dental decay crisis. With the national average in Europe of only two decayed teeth per child (World Health Organization data), down from more than 15 decayed teeth in the 1940s and 1950s before fluoridated toothpaste, as much as half of all children grow up not having a single filling. This remarkable success has been achieved in most European countries without fluoridation. The “crisis” of dental decay often mentioned is the result, to a major extent, of sugar abuse, especially soda pop. A 2005 report by Jacobsen of the Center for Science in the Public Interest said that U.S. children consume 40 to 44 percent of their daily refined sugar in the form of soft drinks. Since most soft drinks are themselves fluoridated, the small amount of fluoride is obviously not helping.

The families of these children with rampant dental decay need professional assistance. Are they getting it? Children who grow up in low-income families make poor dietary choices, and cannot afford dental care. Untreated dental decay and lack of professional intervention result in more dental decay. The York review was unable to show that fluoridation benefited poor people.

Similarly, early dental decay in nursing infants (baby bottle syndrome) cannot be prevented with water fluoridation. The majority of dentists in the U.S. do not accept Medicaid patients because they lose money treating these patients. I would think the same is true for dentists in Europe. Dentists support fluoridation programs because it absolves them of their responsibility to provide assistance to those who cannot afford dental treatment. Even cities where water fluoridation has been in effect for years are reporting similar dental “crises.”

Public health officials responsible for community programs are misleading the public by stating that ingesting fluoride “makes the teeth stronger.” Fluoride is not an essential nutrient. It does not make developing teeth better prepared to resist dental decay before they erupt into the oral environment. The small benefit that fluoridated water might still have on teeth (in the absence of fluoridated toothpaste use) is the result of “topical” exposure while the teeth are rebuilding from acid challenges brought on by daily sugar and starch exposure (Limeback 1999, Community Dental Oral Epidemiology 27: 62-71), and this has now been recognized by the Centers for Disease Control.

2. Fluoridation is the main cause of dental fluorosis.

Fluoride doses by the end user can’t be controlled when only one concentration of fluoride (1 parts per million) is available in the drinking water. Babies and toddlers get too much fluoride when tap water is used to make formula (Brothwell & Limeback, 2003 Journal of Human Lactation 19: 386-90). Since the majority of daily fluoride comes from the drinking water in fluoridated areas, the risk for dental fluorosis greatly increases (National Academy of Sciences: Toxicological Risk of Fluoride in Drinking Water, 2006). The American Dental Association and the Dental Forum in Ireland has admitted that fluoridated tap water should not be used to reconstitute infant formula.

We have tripled our exposure to fluoride since fluoridation was conceived in the 1940s. This has lead to every third child with dental fluorosis (CDC, 2005). Fluorosis is not just a cosmetic effect. The more severe forms are associated with an increase in dental decay (NAS: Toxicological Risk of Fluoride in Drinking Water, 2006) and the psychological impact on children is a negative one. Most children with moderate and severe dental fluorosis seek extensive restorative work costing thousands of dollars. Dental fluorosis can be reduced by turning off the fluoridation taps without affecting dental decay rates (Burt et al 2000 Journal of Dental Research 79(2):761-9).

3. Chemicals that are used in fluoridation have not been tested for safety.

All the animal cancer studies were done on pharmaceutical-grade sodium fluoride. There is more than enough evidence to show that even this fluoride has the potential to promote cancer. Some communities use sodium fluoride in their drinking water, but even that chemical is not the same fluoride added to toothpaste. Most cities instead use hydrofluorosilicic acid (or its salt). H2SiF6 is concentrated directly from the smokestack scrubbers during the production of phosphate fertilizer, shipped to water treatment plants and trickled directly into the drinking water. It is industrial grade fluoride contaminated with trace amounts of heavy metals such as lead, arsenic and radium, which are harmful to humans at the levels that are being added to fluoridate the drinking water. In addition, using hydrofluorosilicic acid instead of industrial grade sodium fluoride has an added risk of increasing lead accumulation in children (Masters et al 2000, Neurotoxicology. 21(6): 1091- 1099), probably from the lead found in the pipes of old houses. This could not be ruled out by the CDC in their recent study (Macek et al 2006, Environmental Health Perspectives 114:130-134).

4. There are serious health risks from water fluoridation.

Cancer: Osteosarcoma (bone cancer) has recently been identified as a risk in young boys in a recently published Harvard study (Bassin, Cancer Causes and Control, 2006). The author of this study, Dr. Elise Bassin, acknowledges that perhaps it is the use of these untested and contaminated fluorosilicates mentioned above that caused the over 500% increase risk of bone cancer.

Bone fracture: Drinking on average 1 liter/day of naturally fluoridated water at 4 parts per million increases your risk for bone pain and bone fractures (National Academy of Sciences: Toxicological Risk of Fluoride in Drinking Water, 2006). Since fluoride accumulates in bone, the same risk occurs in people who drink 4 liters/day of artificially fluoridated water at 1 part per million, or in people with renal disease. Additionally, Brits are known for their tea drinking and since tea itself contains fluoride, using fluoridated tap water puts many heavy tea drinkers dangerously close to threshold for bone fracture. Fluoridation studies have never properly shown that fluoride is safe in individuals who cannot control their dose, or in patients who retain too much fluoride.

Adverse thyroid function: The recent National Academy of Sciences report (NAS: Toxicological Risk of Fluoride in Drinking Water, 2006) outlines in great detail the detrimental effect that fluoride has on the endocrine system, especially the thyroid. Fluoridation should be halted on the basis that endocrine function in the U.S. has never been studied in relation to total fluoride intake.

Adverse neurological effects: In addition to the added accumulation of lead (a known neurotoxin) in children living in fluoridated cities, fluoride itself is a known neurotoxin. We are only now starting to understand how fluoride affects the brain. Several recent studies suggest that fluoride in drinking water lowers IQ (NAS, 2006), we need to study this more in depth.

In my opinion, the evidence that fluoridation is more harmful than beneficial is now overwhelming and policy makers who avoid thoroughly reviewing recent data before introducing new fluoridation schemes do so at risk of future litigation.