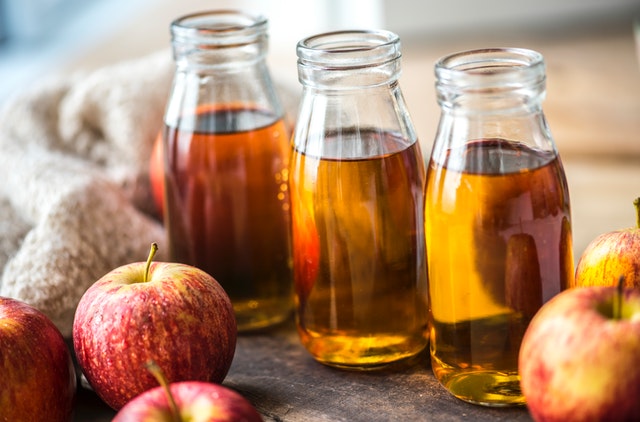 We know vinegar has been around for thousands of years and there is documentation of its uses since the beginning of written history. In ancient Greece, around 400 BC, Hippocrates, the father of modern medicine, prescribed apple cider vinegar mixed with honey for a variety of ills, including coughs and colds. It is even mentioned in the bible in both the Old and New Testament. European aristocrats of the seventeenth and eighteenth centuries were able to ward off the noxious odors of outdoor garbage and raw sewage by holding vinegar soaked cloth to their nose. vinaigrettes were small silver boxes the upper classes used to carry vinegar soaked cloth sponges.

Consider some of the theses interesting uses for Apple Cider Vinegar and let us know if they were helpful to you, or if you have any of your own to share:

Sore throat:  Gargle with 1 tablespoon of Apple Cider Vinegar in a glass of water for sore throat relief.

Swimmers ear:  The American Academy of Otolaryngology suggests using a mixture of vinegar and alcohol in the ear as a preventive for “swimmers ear”.

Jellyfish stings:  The Medical Journal of Australia recommends immediate dousing of fresh stings with vinegar. Venom can be inactivated with vinegar.

Food borne parasites: In Ethiopia, Addis Abba University reports vinegar is being used as an agent to kill food borne parasites. Early results show vinegar does a faster job of destroying the parasites than any other of the test mediums.

Less gas from legumes: Add a bit of vinegar to the water when cooking dried beans to make them less gas producing, tenderer, and easier on digestion.

There are many varied health claims made regarding Apple Cider Vinegar and I have only noted a few, but if you are interested, just research it and you will be amazed. This information is not intended in any way to replace the advice of your health care practitioner.

One Apple Cider Vinegar Legend states that “Those who sup regularly of the miraculous vinegar will be blessed with a sharp mind for all their life,” That’s worth a try, don’t you think?

PEARSON, Durk and SandyShaw. Life Extension A Practical and Scientific Approach-Adding years to Your Life and Life to Your Years.