The Irony of the New Universal Waste Disposal Laws 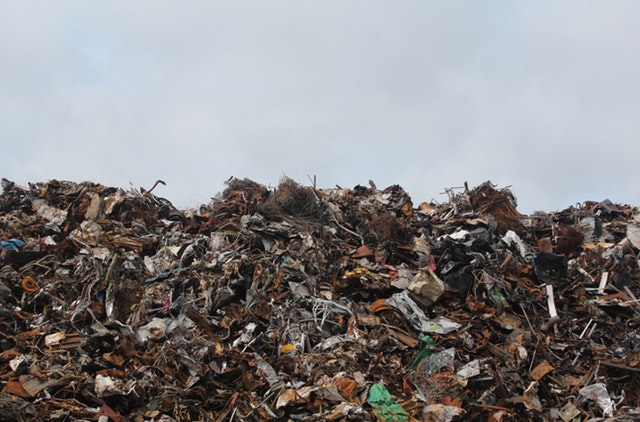 A few weeks ago I read an article outlining the new disposal laws for mercury waste. I applaud California for taking a firm stance on the handling of such a toxic element. At the same time I was once again informed by the news that my risks of mercury exposure from eating fish were substantial and rising daily. We are told to be very selective as to the fish we eat and stay away from large fish like tuna, swordfish, shark, and tilefish.

I’m not sure why mercury is getting the spotlight right now, but I’m glad it is since mercury is a deadly neurotoxin-second only to plutonium. The problem, as I see it, is that our lawmakers are attacking this issue from the wrong angle.

The Universal Waste Disposal Law prohibits disposing of things like thermometers, fluorescent light bulbs, mercury light switches, and mercury batteries in our local landfill. Now we must take these extremely toxic items and dispose of them in a new hazardous waste disposal area. I’m a little confused as to why one physical location can’t handle mercury dumping yet another location can. In the law, nothing was mentioned about lead, arsenic, cadmium, or aluminum, to name some of the other toxic metals that we use and dispose of daily and therefore eventually wind up in municipal disposal sites. While we should be concerned about where we are disposing mercury we must be more concerned about how we are being exposed to this deadly toxin on a constant and far more invasive basis — and it isn’t from fish or mercury containing household devices.

Today, 75-80% of the American population could not be buried in their local landfill because their bodies contain toxic levels of mercury; and this is not from eating fish. It’s from the silver fillings in their mouths. It is a great surprise to everyone with silver fillings (myself included) when they discover that their silver fillings contain more than 50% mercury. Mercury is always added to silver in the preparation of the amalgam filling. This creates a malleable alloy that can be shaped to fit the hole that has been drilled into your tooth. Once in your tooth, the amalgam hardens and becomes part of the tooth. It is assumed by the dental profession that this resultant mercury-silver alloy is completely inert, although it has a limited life. I’ve heard that they should be replaced every 20 years, at the most. Very few people replace their amalgams, and the risks of severe mercury poisoning by doing so is extremely high if they are not removed using proper protocol.

Over time, the effects of salivary digestive enzymes and electrolysis (the process of dissimilar metals interacting and dissolving in the presence of an electrical current) begin to eat away at the filling. This eventually creates a situation where the mercury is slowly inhaled as mercury vapor into the lungs. Once into the lungs, the mercury takes a direct path to the bloodstream and subsequently into all the cells of the body. If there are insufficient elements in the bloodstream such as silica, iodine, selenium, zinc, and sulfur to effectively chelate or remove the mercury, the body quickly and efficiently pulls the mercury out of the bloodstream and deposits it into body tissue. Areas like the brain, thyroid, bone, heart and adrenals become storehouses for the toxic mercury.

When the mercury levels become too high, the areas of the body where it has been sequestered begin to malfunction. Unfortunately, the symptoms are so diverse that it is very difficult to determine where the problem began. This in turn makes it very difficult to diagnose the problem. Due to the disease theory of medicine taught to our medical profession, it is very unusual to find an MD that will even look at mercury as the culprit even when it is pointed out to them. Consequently, many health issues are being misdiagnosed and subsequently mistreated. While mercury amalgams are the most obvious route of direct mercury intake and contributor to high toxicity levels, there is another source.

Most vaccines today are produced and sold in multi-dose vials. This is to save money. When packaged this way, the manufacturer must include a preservative in the serum to keep it from growing bacteria due to the multiple times a syringe will be inserted into the vial. A popular preservative in use today, and actually for several decades, is a compound called thimerosal. One of the ingredients of thimerosal is – you’ve guessed it -mercury. Mercury will kill bacteria. It can also kill you, or at least make your life so miserable you’ll want to be dead. In this application, the mercury bypasses the lungs altogether and is delivered directly to muscle, cellular, and blood tissue. Regardless of its delivery route, the mercury ends up in the same places. In the case of an infant or young child, the mercury poisoning can lead to devastating issues for both child and parent. Mercury is currently implicated in rapidly growing behavioral issues such as ADD, autism, and other hyperactive disorders as it directly affects the nervous system.

Mercury amalgams and everyday vaccines are extremely common in our society and are silently mainlining mercury directly into our and our children’s bodies causing havoc beyond imagination. The question is; Why is all this attention directed towards landfills, a few mercury containing items and ocean going fish, rather than what is being put directly into our mouths and bloodstream? It begs to be answered. The reason seafood is becoming mercury toxic is not just from runoff from our landfills. It is because large amounts of mercury have been and still are being sent down our rivers and streams from mining and manufacturing operations that are producing or using mercury. This waste is what didn’t make it into amalgams, thimerasol, and all the other consumables containing mercury. Landfill seepage of mercury into our streams and rivers is miniscule by comparison.

Well over 5 years ago the pharmaceutical industry promised to remove thimerasol from their vaccines. It’s still there. All the pharmaceutical companies need to do in order to resolve this problem is to make their vaccines into single use doses so that no preservatives are required. It’s no wonder they are fighting single doses given the basic profit motive of the industry. Unfortunately, they are putting profit before consumer safety.

Interestingly, the State of California has also begun to require dentists to disclose what is in the filling material they use in all tooth repair compounds. I remember my dentist’s receptionist handing me a smudged copy of this disclosure just before I was to have my mercury amalgams removed. Yet, with all of this happening and the apparent recognition of mercury toxicity, very few in the medical community have stepped forward to sound the alarm.

Not being allowed to put mercury containing consumable items into our landfills has received more press than putting dangerous mercury into fillings and vaccines. Something must change. Our priorities are in the wrong place and I don’t understand why. Could it be some large and influential industries and organizations have a vested interest in the status quo? I challenge the reader to answer this question for me.

As an aside, if you took one mercury amalgam filling and put it into a 10 acre lake, the EPA would close down the lake and declare it unfit for swimming, fishing, or drinking! Are the dangers of mercury in amalgams and vaccines becoming clearer now?

Knowledge is power. You now have the knowledge – please exercise your power. Inform everyone you know about what you have read here. You might change the world.