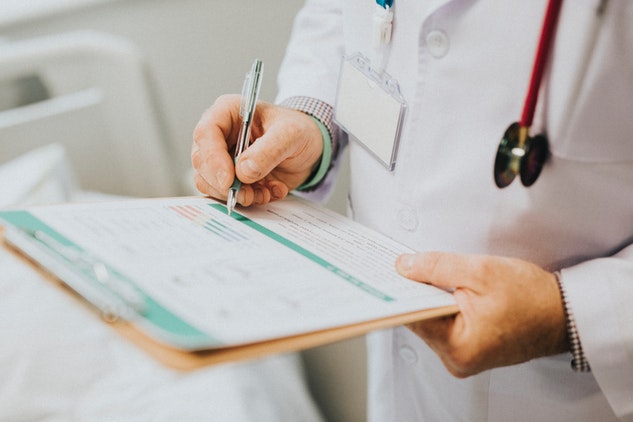 Approximately 15 years ago I had a general physical, a part of which was a blood test that measured T3 and T4 thyroid hormones. The result showed that I was low in the production of these hormones. This was diagnosed as a failure of my thyroid to operate effectively. The traditional solution for this problem is to supplement with a thyroid hormone (usually synthetic) for the rest of your life. You must then retest every 6 months to see if the dose you are taking is maintaining your thyroid hormones within the correct the range. I was reluctant to begin a regime on a drug that would not stop or slow the decline of the thyroid gland and would be a lifelong treatment. Yet, the doctor told me quite bluntly that if I did not follow his advice I would eventually die from the effects of thyroid malfunction. I see a big problem here and one that pervades the medical community. The traditional medical stance is not to investigate what may be causing the physiological malfunction as long as there is a pharmaceutical drug that can replace the function, albeit artificially, or mask the symptom. If no drug is available the medical problem is deemed incurable. To my knowledge, there has never been any attempt to determine what may be causing the malfunction.

I have a theory as to why so many people in this country have malfunctioning thyroid glands. The prevalence of mercury amalgam fillings in the mouths of Americans is staggering. I would estimate between 60% to 80% of our population have them. They are usually put into our teeth between the ages of 10 and 20. By the time someone with mercury amalgam fillings reaches 40, the average age of a filling is 25 years old. At this point degradation accelerates and the fillings are in an advanced state of decomposition via both wear and tear and electrolysis. I believe this degradation subtly begins immediately after these fillings are placed in the teeth. According to Dr. David Kennedy, D.D.S. an average mercury amalgam filling releases approximately 10 micrograms of mercury daily into the body.

The significance of this is that mercury vapor is being immediately and continuously introduced into all of the most absorbent tissues of the body i.e., mouth, lungs and digestive tract. Most individuals with amalgam fillings are not consuming natural chelators such as Zinc, Selenium Iodine, Sulfur and Silica that would bind to the free mercury to help excrete it. Consequently, mercury is continuously being deposited into the tissues and cells of the body. Mercury is the second most deadly poison known to man after plutonium. The body recognizes this and immediately sequesters this mercury away in organs where it will do the least short-term damage. The primary storage sites are the brain, thyroid, liver and adrenals. Placing the mercury in these areas gets them out of the blood stream where immediate damage is then avoided. Unfortunately, the long-term affect is very troublesome, and much more difficult to relate to the mercury effect.

Mercury, along with the other toxic minerals such as lead, aluminum, cadmium, and arsenic do their damage at the enzyme level within each cell of the body. These minerals compete for mineral receptor sites on some or all of the enzymes within the cells of the organ in question. By attaching themselves to an enzyme, they either stop the enzyme from functioning altogether or severely slow its functioning to a point that when enough cells are involved, normal organ functioning becomes impaired and symptoms manifest. In the thyroid this can be identified by a reduction in the production of T4 and T3 hormones. The pituitary releases thyrotropin (TSH), to stimulate the thyroid to produce thyroxine (T4). T4 is then changed to triodothyronine (T3), which is the active form of the thyroid hormone. This hormone is crucial to the proper function of other organs (particularly the adrenals), and this disruption of normal activity creates the malfunction.

The thyroid gland is a primary storage site for the element iodine. The ionic form of Iodine usable by the thyroid is iodide. A lack of Iodine has been known for years to be the cause of goiter, which is an enlargement of the thyroid gland and is very visually evident. Iodine is also a natural chelator of mercury but most people in need consume nowhere near a sufficient amount to both give the thyroid the amount needed for proper functioning and protection from mercury via chelation. I believe that an excess amount of mercury in the thyroid gland creates a situation whereby the organ cannot maintain adequate hormone levels. The consequences of this deficiency impact the adrenals, hypothalamus, and pituitary creating a cascade of diverse health problems based upon the genetic vulnerabilities of each individual.

A recent article in a local newspaper stated the new provisions for dealing with “universal waste.” Certain items may no longer be placed in the trash destined for disposal at our local landfills due to the fact that “they contain hazardous chemicals and may harm people.” Mercury containing lamps, thermostats or fluorescent tubes and bulbs are considered serious health hazards according to the article and require specific protocol for disposal, yet amalgam fillings containing 51% to 52% mercury are put directly into a human’s mouth and this practice is encouraged by the ADA who continue to espouse this as a safe and legal dental procedure.

It has been an enlightening journey back to health since my initial diagnosis. The knowledge I have gained by extensive research into the subject of mercury poisoning has provided me with a wealth of information. My investigative work has helped me formulate some alternative ideas on many current health issues, one of which is the management of thyroid malfunction. We are dealing with an epidemic that is so often overlooked or negated as being the cause for the myriad of symptoms that can result from even sub-clinical thyroid values.

I believe there is a possibility that a malfunctioning thyroid has the potential to normalize naturally when given the proper conditions, as can so many other maladies we are experiencing in our modern society. Once toxic mercury is removed (and this must be handled cautiously, the body has a chance to regenerate and begin to function with vitality. Awareness is a powerful tool for getting the help that is needed to heal. I will continue to share my information to the end that eventually a change of attitude will be universally accepted when dealing with mercury and thyroid conditions, and the devastating impact mercury has on many other human health conditions.

Iodine's primary role is to support a healthy thyroid gland by activating the production of thyroxine, a hormone that is needed throughout the body for energy production.