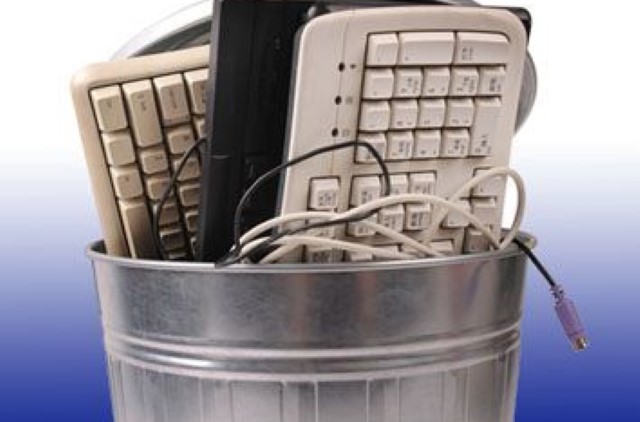 The nonprofit Silicon Valley Toxics Coalition reports that 70 percent of the heavy metals in U.S. landfills are from discarded electronics—even though the e-waste itself accounts for only two percent of the trash by volume.

So what can be done? If your old units still work but have merely been eclipsed by newer models, then by all means donate them to a needy cause that will either put them to good use or resell them to help fund their programs. You’ll earn a tax deduction for a charitable donation and, by keeping the equipment alive, prevent the manufacture of new units and thus, if ever so slightly, reduce the footprint of your operations.

But not every charity accepts old equipment, and no one wants to spend all day calling around to find one that does. A good place to look is Goodwill, which will accept your equipment and then sell it through any one of its 1,500 retail stores across the country.