Disease and The Drug Industry 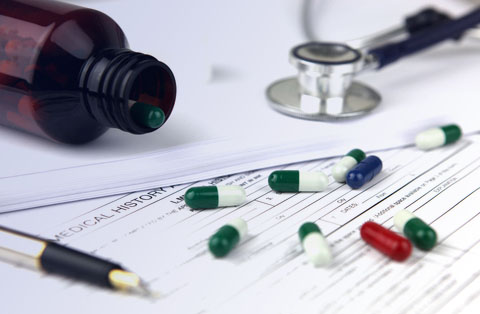 The drug industry is in the business of identifying a disease and then creating a compound which will alleviate or stop the disease. They make their money by patenting their new compound and then selling it for a high price. A patent will typically last for 20 years giving the developing company a protected future cash flow.

Some of the following diseases have been singled out as candidates for newly created high tech drugs:

The actual processes a drug company uses to develop a formula are quite secret and well protected. The logic behind each drug’s development usually revolves around finding a compound to mask pain, block a natural bodily function, or kill off the suspected invader or malignancy either selectively or non-selectively.

What is more fascinating though is the approval process, which a drug must go through. In a nutshell, it is the responsibility of the drug manufacturer to determine the effectiveness and safety of their drug. The test results are then given to a CDER (Center for Drug Evaluation and Research) team. CDER is a part of the FDA. Each team is made up a group of physicians, statisticians, chemists, pharmacologists and other scientists. This group then evaluates the test results provided by the drug developer.

The team does not follow a standardized protocol in their evaluation of the drug. For example, a specific percentage of people that will be cured, or may suffer from side effects are not required approval parameters.

The effectiveness of any drug approved by the FDA will not be consistent from category to category. A typical example would be the drug Penlac™.

A colleague recently investigated the possibility of using Penlacâ (ciclopirox), a prescription topical treatment for fungal infections of the toe/fingernails. After the usual hassle of doctor visits, samples taken, health insurance approval, etc., he finally got his little bottle of Penlac™. Being a scientist he immediately read the package insert and was quite surprised to find that his new wonder treatment was more “sizzle than steak.”

The treatment requires daily application and weekly removal of Penlacâ nail lacquer. From the two clinical studies provided in the insert, he learned that after using this product for 48 weeks (almost a year!), only 5.5% of individuals treated had complete cure in the first study, whereas 0.9% of the control group attained complete cure. In this study, the difference was considered “insignificant.” In other words, Penlac didn’t work better than the placebo.In the second study, 8.8% of Penlac users saw complete cure and 0% of the placebo group saw cure ­ this was considered barely statistically significant. It should be pointed out here that the test subjects only had 25%-65% involvement of the infection in their large toenail before starting the study ­ in other words 35-75% of the nail was clear before the study ­ these were mild cases to begin with.

Now, as a consumer, if someone told you that for $400 (my estimate of a one year’s supply of Penlac™) they would give you a bottle of nail polish which you must apply every day for 48 weeks, and there’s an 8.8% chance of cure (if you had a fairly clear nail to begin with), would you be impressed? Me neither.

So how does this kind of “treatment” receive FDA approval? If one looks at the FDA’s evaluation data http://www.fda.gov/cder/foi/nda/99/21-022_Penlac.htm (LINK NO LONGER AVAILABLE), specifically the statistical review. Page 47 comment 10, of the statistical analysis says it all: “It is also this reviewer’s opinion that the pivotal studies (312 and 313) fail to demonstrate statistically significant differences in complete cure or effective treatment when comparing [Penlac to the placebo].” In other words, the statistician doesn’t believe it’s an effective treatment!

So how did Penlac get FDA approval? From the review committee’s recommendation (Section 8, pg 78 of doc):

“There seemed to be the following consensus with which this Reviewer concurs:

1) Novel topical therapy for which there is currently a void (i.e., only systemic therapies are currently approved for this indication) for an indication that is chronic and difficult to treatment. [In other words it’s a neat idea.]

3) Almost Clear/Effectively Treated defined as £10% nail involvement in combination with professional nail trimming as conducted during the studies did demonstrate statistical significance in both studies and would provide alternative therapy to systemic treatment.” [They redefined “success.”]

“In summary, both Committees and this Reviewer concur that a clear nail bed is the standard; however, improvement could be acceptable if the drug product presents no significant risk.”

What happened here is that since the drug didn’t work (using a clear nail as the definition of success) they have redefined the standard of success to be £10% nail involvement ­ remember that the subjects started out with only 25-65% nail involvement so bringing it down to 10% in 48 weeks is now considered “success.” And how many people in the study were “successfully treated” by this newly defined standard… 12% saw “improvement.”

With FDA approval, Aventis Pharmaceutical (the manufacturer), can recommend to doctors to prescribe their product ­ it’s safe, it’s FDA approved, and it’s “effective”. But the poor doctors will never know that “effective” means 12% “success” rate with success defined as “improvement”, and their patients are given false hope that their nails will be cured after 48 weeks of treatment and $400.

By the way, sales of Penlac™ are currently in the $140 million/year range.

It is my opinion, that nail fungus is one symptom of an internal (good) bacterial and fungal imbalance. This is caused primarily by our diets of sugar and refined carbohydrates and animal flesh treated with antibiotics and hormones. This theory is still passed off as fringe thinking by most physicians.

I believe that most drugs fall into the same category. Unless you read the data like we did for Penlac, you would never know.

The point I want to make here is that there is now a drug for every identified ailment and the pharmaceutical industry is reclassifying old disease processes so that they can create more patentable drugs to sell us. And, the overall effectiveness of any of these drugs is all over the map. The side effects are also varied-ranging from nausea to death.