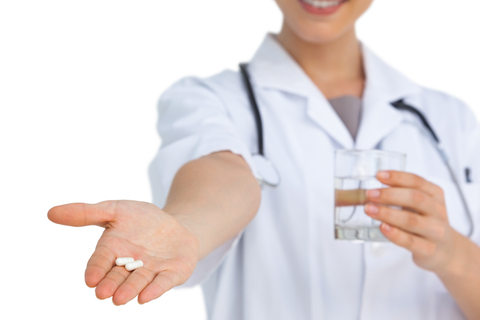 At lunch today I was listening to a Whitney Houston song “I’ll always love you” when it dawned on me that she died of a drug overdose. When you look at many of the pop star deaths over the last 50 years, many of them were caused by pharmaceutical drug overdoses. Not once have I heard of the civil law enforcement authorities or the FDA taking any kind of action against the companies who manufactured the drug responsible which is quite easy to identify. They instead go after the physician who treated the deceased with prescriptions for the drugs they were taking that ultimately killed them.

The powers that be ignore the fact (or dramatically underplay it) that a dangerous substance was responsible for the death. The prescription drug industry takes no hit for making this drug that has proven potential to ruin lives and causes death. On the other hand, had the individual been taking some form of nutritional supplement, that somehow was implicated in the death, the supplement in question would have been banned from use by anyone in the country, the manufacturer would have been forcefully closed down and maligned, and heavily fined and/or jailed. To my knowledge, never in the history of their use has a nutriceutical supplement killed anyone and yet the FDA and other state food quality departments routinely shut down nutriceutical companies and food companies and arrest owners for no valid reason whatsoever.

Today, pharmaceutical drugs are the second leading cause of death in America behind heart disease. Hospitals are notorious breeding grounds spreading deadly infections in patients. Patients going into the hospital for a routine procedure often end up with the unexpected side affect of death by medicine while attempting to be healed.

Why are we side stepping issues that need to be addressed, and letting the real culprits escape unscathed? Media has a field day with the sensationalism of parading the doctors around who prescribed the death medium but do not mention the greedy pharmaceutical companies who continue to extol the virtues of their drugs. These companies whose pharmaceutical drugs are responsible for so many deaths prey on individuals whose vulnerability is obvious. The doctors make out financially but the financial gain of Big Pharma from sales of the drugs could wipe out hunger and have money left over. The profits are astronomical.

Are we all so busy or starved for the excitement of an Enquirer type headline that we limit our analytical process by choice? It is our responsibility to pay closer attention and use our voices and good sense to educate others. Let’s make an effort to become independent thinkers and not let the media make us into drones of their directions.