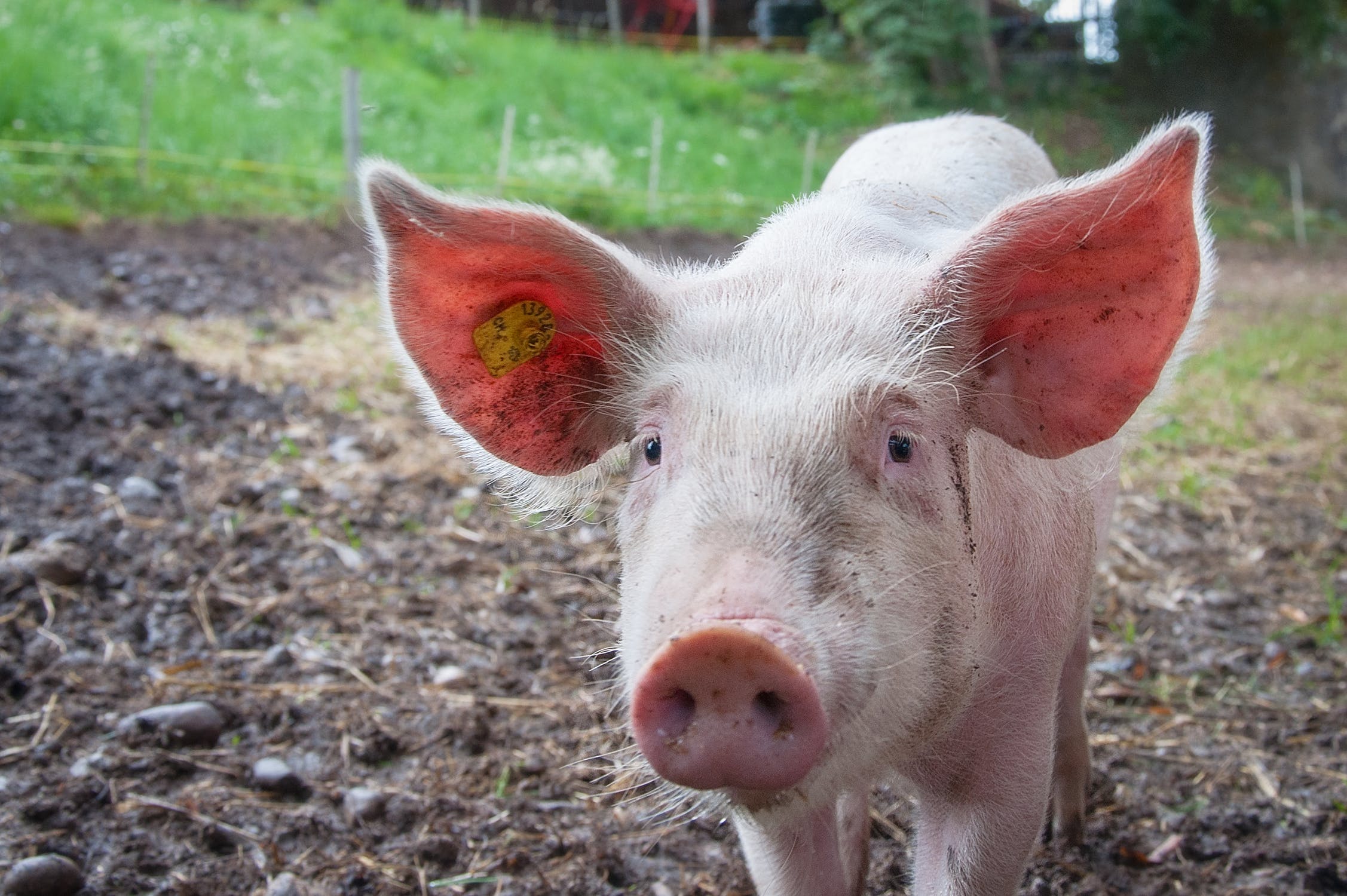 Welcome to the world of manipulation, mind control, and mis-information. Not here on this website, but rather in mainstream media. I was going to devote this newsletter to the topic of sunshine and how our sunblock is a perfect fit for it. Instead, I find myself so absolutely confounded by all of the brouhaha about swine flu that I had to pass on to you my take on the whole thing.

The first thing I want to convey to you is to not be alarmed. The dangers associated with swine flu are no different than any other flu virus you may ever be exposed to at any time of the day or night on any given day. When a flu virus overcomes your system, your symptoms can range from mild discomfort to full-blown system breakdown including high fever, fatigue, vomiting, headache, and diarrhea. When this occurs in the elderly, the very young, or unhealthy individuals, there is always the possibility of death. Death normally results from contracting pneumonia rather than from the flu itself. The recent theoretical outbreak of swine flu is no different than any other flu outbreak we have experienced over the last 100+ years.

So why all the media attention on what appears to be an extremely mild outbreak of influenza caused by pigs? It certainly is not to make you aware of possible disease and death lurking around the corner or in your next encounter with another human being or pig. In fact, this flu is not caused by pigs. It just happens that there is a similar virus that pigs are susceptible to. That virus is called A(H1N1). The one spreading now is H1N1. This information apparently didn’t get to Egypt though as authorities there ordered the extermination of all pigs in the country. Elsewhere around the world, pork is being removed from the shelves of markets and thrown out of people’s freezers and refrigerators. This is what I heard reported on NPR (National Public Radio) anyway.

So why all of the excitement? Perhaps it is just some sort of a test to see if people can be easily manipulated. Perhaps it is being used as a way to move large amounts of soon to expire Tamiflu out of government stockpiles. Apparently our government invested in 2 billion dollars of Tamiflu in 2005-6 to be ready for the Bird Flu, which never materialized. This drug apparently only has a shelf life of 3 years. What you may not know about this drug is that it can have the same side effects as the flu itself and seems to be able to shorten the duration of the flu by 2-3 days. I would say it worked if this was the objective.

The first time we were made aware of the swine flu was in 1976. Again we were told that it was the beginning of an epidemic. In the end I don’t believe anyone died from this flu and the epidemic never materialized. What did happen though were at least 25 people died from the vaccine and many more were permanently disabled.

What about all the reports of death from this flu? My personal experience of the accuracy of data in the media is that you can usually discount what you are told by about 90%. What we know so far is that there has been 1 death in the US. It happened to be a young Mexican girl that had just crossed into this country in Texas. We have no idea as to her true health status prior to coming to this country and truly whether she had Swine flu at all. Accuracy of deaths in Mexico also have to be suspect given the number of hands such information must pass through prior to it getting to us.

All in all, my take on this issue is that it is at best an overzealous CDC and media and at worst, a conspiracy to scare the world population to death and sell more flu vaccines. All of this being said, what can we mere mortals do to protect ourselves from the next pandemic? First and foremost, we have to realize that the germ theory of disease is flawed. We are exposed to unfriendly viruses and bacteria daily. Our immune system silently and efficiently deals with these pathogens. It is only when our external and internal defense systems become weakened or compromised that we become susceptible to them and they can get a foothold in our body. Our defense system includes our skin, gut flora, white blood cells and antibodies. The theory of disease we need to recognize is the compromised terrain theory. In this theory, our potential to get sick is directly related to the health of the components of our defense system or our internal terrain.

When we become weakened because of a poor diet, excessive stress, or a mineral imbalance, the possibility of becoming sick when exposed to any virus or bacteria is greatly magnified. Consequently, to protect yourself, follow these rules:

Eidon Immune Support is an incredibly effective formulation designed to support and maintain a healthy immune system. The blend of Zinc, Selenium, Sulfur and Silver is a combination optimized to give the body essential mineral nutrients to effectively and naturally deal with seasonal challenges. Eidon Immune Support can also be used topically. This mineral blend is a must for every medicine cabinet and every traveler! 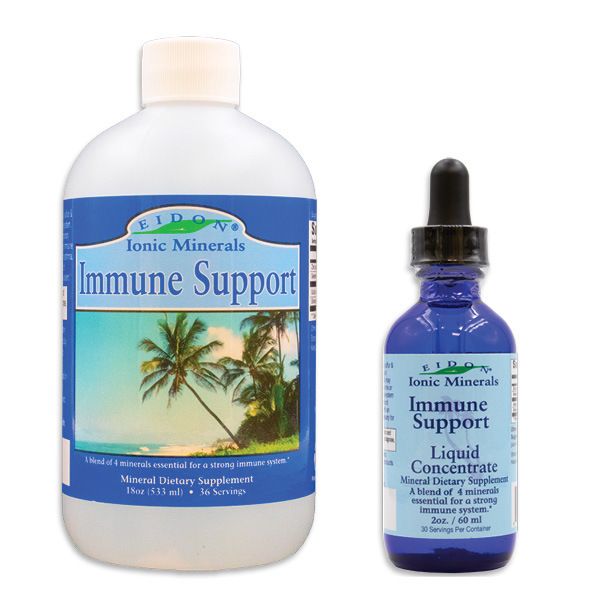