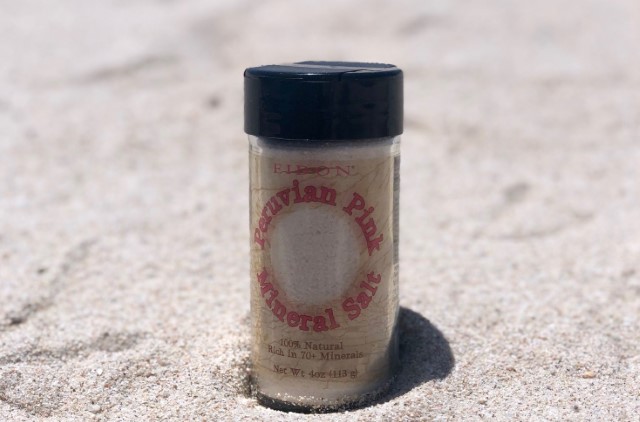 There are many things on the planet which defy logic and therefore possess what we humans like to call magical properties.

Peruvian Pink Salt is one of these magical things.  Imagine hiking high in the Andes mountains and discovering a spring bubbling out of the ground at 11,000 feet.  Then imagine your surprise when you scoop up a handful of water to take a much needed drink only to discover that the water is salty.  Yes, this is exactly what the Incas discovered many years ago during one of their treks through these magnificent mountains.

The enterprising Incas understood the value of salt water and eventually began to harvest the salt from this spring.  They would trade it for gold.  The Spanish Conquistadors, in their conquest of this land were continuously looking for the mother lode of Gold when in fact they were missing out on what gave the gold its value - Salt.

Empires were founded on the people’s access to salt.  It was used as money, hence the word salary.  More important, it was a universal preservative and the very first mineral supplement used by man.

Man has traditionally obtained salt from the ocean by evaporating sea water into salt.  Salt in this format is mineral complete and incredibly nutritious in its function of delivering the necessary elements we need to survive and thrive in our quest for optimal health.

Peruvian Pink Salt provides the same elements in different levels than sea water with the added magic of the energy infused by planet earth to move this water up from sea level to 11,000 feet in the air.   Such a feat would even be a challenge for man today.

We believe this energy imparts special properties to this salt not found anywhere else on the planet.  While this has not been scientifically studied, nor identified, I do believe it.  Its effects are subtle and yet profound.

Use Peruvian Pink Salt for all of your salt requirements, which should include daily use on your food.

Peruvian Pink Salt is a natural salt that has been harvested by hand and used for well over 2,000 years. This salt contains a distinctive and complex blend of 70+ essential minerals found nowhere else on earth, enhancing the flavor of our food and nourishing our cellular mineral levels.